Home > SPEAKout Blog > What Can We Learn About Advocacy from Hostage Negotiators?

What Can We Learn About Advocacy from Hostage Negotiators?

What Can We Learn About Advocacy from Hostage Negotiators?
By Guest Author / June 13, 2012 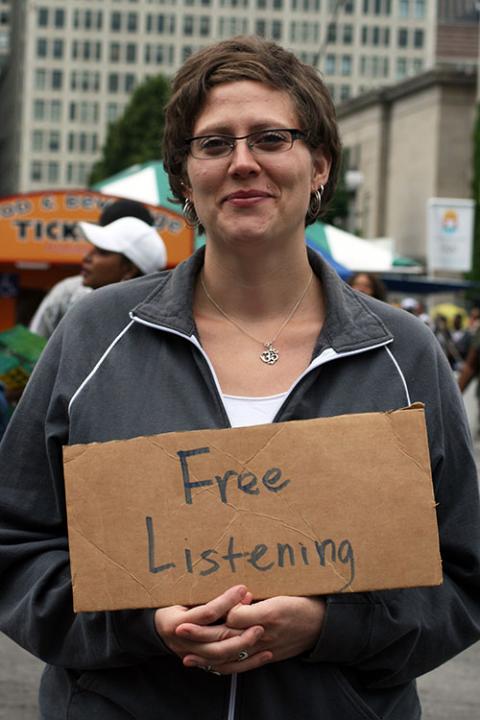 We are delighted to share these interesting insights from long-time PEAK colleague Emma Van der Klift. When we first read the title, we wondered exactly how much hostage negotiators and parents/advocates really could have in common. But, in fact many of the skill sets are very much the same! Respect, listening, and relationship building are skills parents need to work successfully with school IEP teams. We hope you enjoy this great read, and that it makes you think of ways to apply these negotiation tips to advocacy in your child's IEP meetings, in systems change, and even within the dynamics of your own family!

What Can We Learn About Advocacy from Hostage Negotiators?

In the opening chapter of his 2007 book The Power of a Positive No, William Ury, an internationally famous negotiator and co-founder of the Global Negotiation Project at Harvard University noted that advocating for his daughter who was born with spinal cord problems required all the conflict resolution skills he had. When I read this, it occurred to me that it was small wonder that those of us who haven't had all this training struggle when we try to advocate for ourselves or our loved ones!

For more than 20 years, I have been studying and teaching conflict resolution. A few years ago, I was introduced to a "parallel universe" of conflict management by a friend who trained as an FBI hostage negotiator. Before this, my view of hostage negotiation was mostly influenced by what I'd seen on TV. I envisioned helmets, shields, bullet‑proof vests, smoke bombs, guns, and a lot of authoritarian commands. I was surprised to learn that in the real world, the SWAT team was used less than 1% of the time. Instead, I found out that they use words to de‑escalate hostage situations. They rely on listening, relationship building, empathy, and open‑ended questions. They look for ways to bond with hostage takers and barricaded individuals quickly, and most of the time they have to do this over the phone. Amazingly, they are successful in resolving more than 90% of these incidents without loss of life.

I was impressed! And then I wondered how negotiators managed to accomplish so much in these worst‑of‑the‑worst situations. What exactly did they do? How did they manage to create bonds with upset, often armed individuals? And more to the point, I wondered if what negotiators knew, believed, and did would be useful for the rest of us in the situations we face. So I spent almost a year interviewing negotiators from all over North America. The following is a little glimpse into the conversations I had with these remarkable individuals. I'm hoping that their insights might be helpful to you when you negotiate.

The personal qualities negotiators valued included honesty, the ability to withstand stress, and the ability to "think on your feet." They also looked for sensitivity, empathy, flexibility, patience, caring, and sincerity. As one person pointed out, "You have to be genuine. That's important, or they'll know it when you are negotiating." Another stressed the importance of combining support with strength. "You can't let a person push you all over the place." But they also stressed that strength had to be paired with respect. "Having respect for the individual you're communicating with, that's by far the most important." The following quotes create a picture of the ideal negotiator:

They cautioned against jumping to problem solving too soon. "As much as you want to be doing something, sometimes you need to just wait. We want to get it solved fast. Sometimes that's not how it works. You got to go slow to go fast, you know?" Another worried that the tendency to leap to solution finding could leave important issues unaddressed. "A lot of conflict management is putting a band‑aid over the real issues. People are afraid to pull that band‑aid off for what they are going to find underneath, so if they can just settle this quickly, then it's no longer our problem. They only have time to put the band‑aids back on, by jumping ahead to 'let's solve this problem, get it out of the way.'"

All of them talked about the need to practice good self-control and develop self-talk to help stay calm in difficult situations. Each stressed the importance of teamwork and preparation. Negotiators often work with coaches. "The coach may hear something that you don't hear, and he'll write down on a piece of paper and pass it to you and say, 'Try to go this direction.' They never talk, but they always listen." Another person described the role for the coach: "You can't necessarily evaluate yourself in prolonged stressful situations. Having a coach there to let you know when you're going off the rails is helpful."

Negotiators take steps to mentally prepare. "The first part is always the hardest: what're you going to say? I prepare myself by getting information and by breathing. You train yourself not to react to certain things." They stressed the need for practice. "You've got to hone your skills. To me it's always preparing for what you think is looming in the horizon. What would I say? What are the keys, what are the hooks, what are the triggers? And maybe being honest, too. Is this a situation you just don't think you can face up to? You'd have to say, 'Look, I can't do this.' Know yourself that way."

They noted the importance of directness... and apology. "I'm going to shoot from the hip. If I say something that offends him I'll just backtrack and apologize for it. I train people not to be afraid of conflict. I teach them to expect conflict, and learn how to get out of it. If you hit a land mine, apologize! What you're saying is, 'I respect you. And I won't do it again.' That builds trust."

These are only a few of the ideas negotiators shared with me. Are they relevant for parents and advocates? I think they are. Even though you'll probably never have to negotiate with people who carry weapons, you will likely need to negotiate in challenging situations as you continue your important advocacy work. Maybe one negotiator summed it up best. "In the end," he said, "this is relevant for everybody, because people are people, and behavior is behavior."

Emma Van der Klift is a mediator and trainer working primarily with individuals, families and organizations providing support for people with disabilities. She and her partner and colleague Norman Kunc live in New Westminster, British Columbia, and Direct The Broadreach Centre.